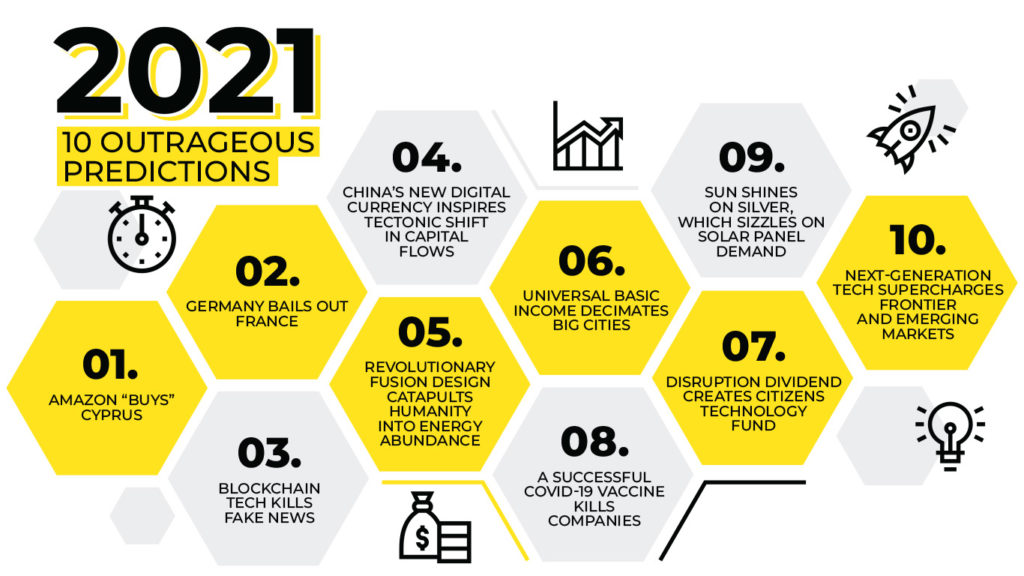 Saxo Bank has released a list of 10 outrageous predictions for 2021. Let’s take a quick peek at these 10 events that are unlikely to happen but would cause shockwaves across financial markets if they did: