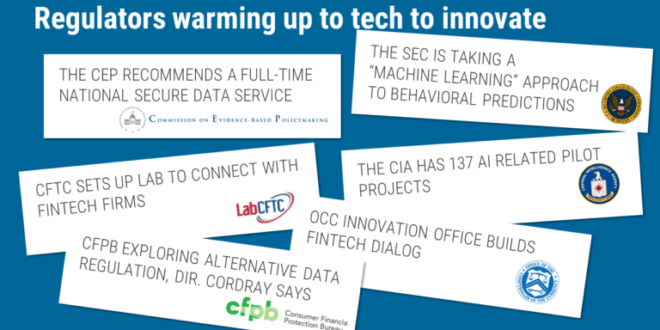 RegTech and its driving forces

RegTech has become one of the latest buzzwords in the FinTech world. But what exactly is RegTech? And what’s driving it?

RegTech, in its broadest sense, is any technology and/or software that addresses regulatory challenges and helps companies understand regulatory requirements and stay compliant. There are five main drivers pushing RegTech’s growth today:

As RegTech continues to gain traction, the next phase will likely include innovations that leverage artificial intelligence, machine learning, natural language processing and blockchain technology. The short-term impact of RegTech is likely to be helping firms switch from passive to proactive regulatory interpretation and response. In the longer term, RegTech solutions could reduce the need for human interventions and, if properly developed, the need for regulators themselves.

Share
Previous Video: why banks are investing in RegTech
Next EU regulators seek to shape the future of FinTech